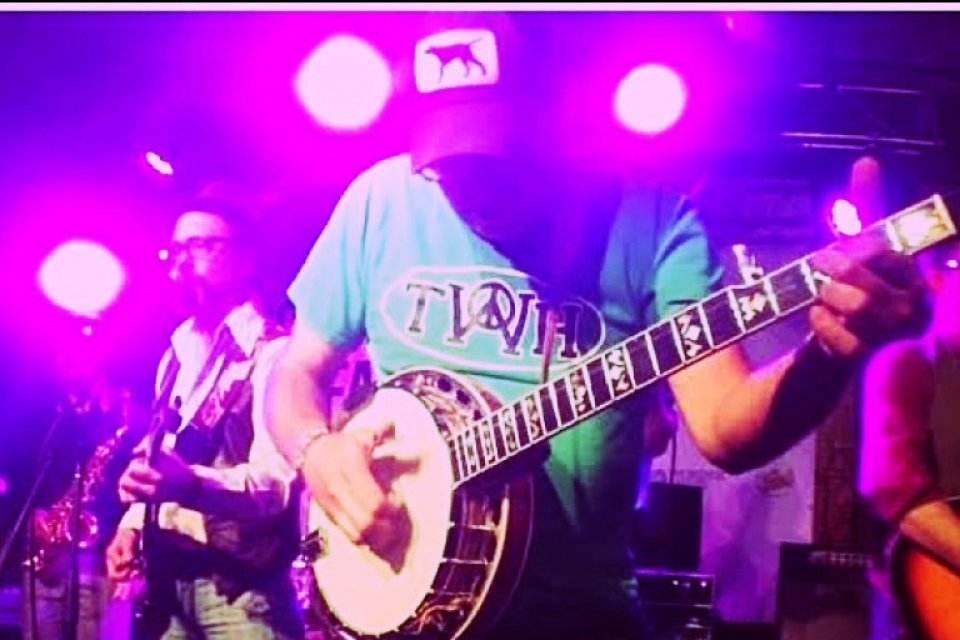 I'm back out on the road in May/June 2019across most of the Southeast US.  Check the calendar for dates or watch this short video!

So I have been lucky enough to get a few reviews for 'Moccasin Bender'. To save time I'm linking a bunch of them here

The Ark of Music

'Songs from the Suck' review from No Depression!

New single "Mabbitt Springs" get featured in the Bluegrass Situation!

Holy crap ya'll, The Bluegrass Situation has been one of my favorite music pages for a few years now.  I am so stoked that they wanted to frickin' premiere the "Mabbit Springs" single release, I am kind of floored.  Thanks to the Bluegrass Sitch and Whiplash PR and all the good folks involved.  Check it out here

The winning projects were selected by esteemed artist and industry judging panels which included: Tom Waits and Kathleen Brennan, Slayer, Bakithi Kumalo, Michael W. Smith, Amy Lee (Evanescence), Sepultura, and Fiona Joy among many others; as well as press and talent buyers from the Americas, Europe and Pacific Rim. More than 54,000 online fan votes determined The IMA Vox Pop Winners in Song and Video categories.

A complete list of The 16th IMA Winners available at http://independentmusicawards.com/16th-independent-music-awards-winners/

Reeve Carney was among the night's biggest winners for his debut solo album Youth Is Wasted which earned 5 wins in the Adult Contemporary Album & Song, Acoustic Song and Rock/Hard Rock Song categories; Matthew Huff was the fan favorite in Alt. Country Song, Country Song and Social Action Song categories; Compass Records recording artists The Bankesters, won both the judge and fan votes for their Bluegrass cover of the White Stripes’ “Seven Nation Army.”

“The IMAs celebrate the artists who dare to create something extraordinary... without major label support” said IMA Executive Director, Martin Folkman. “From traditional to avant garde and every music genre in between, The Independent Music Awards provides a platform for a diverse range of incredible self-released and indie label talent at every stage of their careers” Folkman said.

ARTISTRY HAS ITS AWARDS


Now in its 17th year, the influential Independent Music Awards honor the year’s best music projects by self-released and indie label talent. And connects them to new performance, promotion and distribution opportunities. The program receives entries from 95 countries on 6 continents. Nominated projects are winnowed from thousands of submissions, and are determined by panels of influential artists, music industry executives and fans.

The winning projects will be selected by judging panels of top recording artists including: Tom Waits, Slayer, Bakithi Kumalo, Michael W. Smith, Sepultura, Amy Lee [Evanescence] among many others; and influential press and talent buyers from the Americas, Europe and Pacific Rim.

The year’s best self-released and indie label projects will be announced March 31st
from Lincoln Center for the Performing Arts in New York City. The free annual indie music celebration draws artists, fans and influencers from around the globe for awards, performances, discussions and parties.

IMA winners will be promoted to millions of music fans via online & broadcast promotions, performance and distribution opportunities. Details and complete list of Nominees and Judges available at: IndependentMusicAwards.com

Now in its 17th year, The Independent Music Awards, produced by Music Resource Group honor the year’s most exceptional & artistically daring music projects from self-released and indie label talent from around the globe. And connects them to new performance, promotion, distribution and fans.

Program winners and nominees include extraordinary artists at every stage of their careers and include Amy Lee, Masta Ace, Valerie June, Meghan Trainor, Passenger, Jackson Browne, Team Me, Radio Radio, ...And You Will Know Us by the Trail of Dead, Girl In A Coma, Apples in stereo, Pokey LaFarge, Killer Mike among many more.

ArtistRack reviews 'Songs from the Suck'

Big thanks to the folks at Stereo Stickman for all the kind words!

Twangri-La reviews 'Songs from the Suck'

The Pulse reviews 'Songs from the Suck'

Songs From The Suck

There is something captivating about the sound of the local Americana/Bluegrass musician Randy Steele’s debut album. Songs From The Suck is a diverse album that unleashes thought invoking powers, and incites dance parties equally. The blend of powerful instruments, vocals, and lyrics combine to produce a crisp musical masterpiece that will rock any hootenanny or hoedown.

A spellbinding banjo sound sets the tone on most of the songs, and the album demonstrates a fine display of bluegrass music; something about it feels alive, like it has a heartbeat, perhaps a soul of its own. The songs have a certain perspective that people can instantly connect with, it is the music of southern roots with a modern day twist.

After songwriting and playing the 5-string banjo for Chattanooga’s buoyant Bluegrass/Americana music group Slim Pickins over the last few years, Randy Steele branched off on a solo project, and Songs From The Suck is the end product. This album derives from an artist unleashing his heart, and pouring every ounce of it into his masterpiece.

While the album is one of the few in existence that is spirituous from start to finish, a few of the songs really stand out. “Eliza Mae” is a love story that has a bitter sweet story behind it. The emotion involved mixed with clever wording and a catchy tune set the track on fire. “Hideaway” is a universally beautiful song that holds significant emotional and poetic weight; it is super groovy. “Angels With Halos” dives right into the art of storytelling, while instrumental “Shove the Pigs Foot a Little Closer to the Fire” lets the instruments do the talking.

Steele does a fantastic job of representing music on his album Songs From The Suck, his musical abilities shine as bright as the sun in this authentic display.

Check it out here!

Randy on the Open Mic Spotlight!

Check out Randy's interview and a few tunes from the Open Mic Spotlight  with Heather Holt, episode 16.  You can find it here

Randy was featured on Soundcorps Spotlight, check it out here!

Hey Everyone, the actual release of the album is coming up on Nov 26th at the Honest Pint in Chattanooga!  Come see Slim Pickins Bluegrass, The Blues Hammer Band, and Randy Steele Band!  All proceeds from the door go to a great cause ( https://www.chattanoogaroomintheinn.com ), come on out for a grand time!

Decided to go ahead and put out a few live things over the next little bit.  Here is a quick run at "Mobile Soon" from the 2nd Injii broadcast.  Check it out  If you like the song, it will be out on the album due out in October.

Randy will be taking part in Injii's second broadcast and releasing a sneak peek into the new album that is due out in Oct 2016.  "Mobile Soon" is one of the cuts you can see on Thursday at 7pm on www.injii.com .  Check the video below to see a clip from tomorrow's broadcast.  It's free and offers an excellent opportunity to donate to some of Chattanooga's deserving local non profits.